FCBarcelona is one of the greatest clubs in the whole football history. Since 1899 they have won hundreds of competitions and they have been evolving in terms of playing but also as a worldwide brand. FCBarcelona crosses borders and it's a symbol that represents, not only the institution, but also the values of sport, our culture and our city.

The club has more sections apart from football. Basketball, Hockey, Handball... They all share the same crest, the same feelings for the club and competition.

Our crest has been changing over years, but always maintaining the same elements in a very defined structure. The 'Sant Jordi' cross on the top left, while the Catalan flag is showed next to it. A horizontal line contains FCB in the middle of the crest and, in the inferior part, we see the 'blaugrana' colours and a ball.

My concept crest update keeps the same structure. It's an evolution that pretends to get the brand ready for the future and make it more versatile. (This project was part of a design exercise)

The two yellow colours has been simplified to just one. Same happens to the deep red color. The abbreviation of FCB disappears, in order to give more space to our colours. The crest is, not only still recognisable without it, but also represents other sub-brands and sport areas that the club has: Barcelona Foundation, La Masía...

The new crest removes the problems that the brand was dealing with, such as the interior black contours. The concept version makes the new duotone crest more solid and avoids small lines that caused issues in some cases.

The spanish design Agency 'Summa' presented their proposal for the new crest a year later, but they finally decided not to continue with the new proposal, which solved many of the problems that the current brand, such as the color palette reduction, removal of FCB and some other aspects that my concept and the official proposal share. 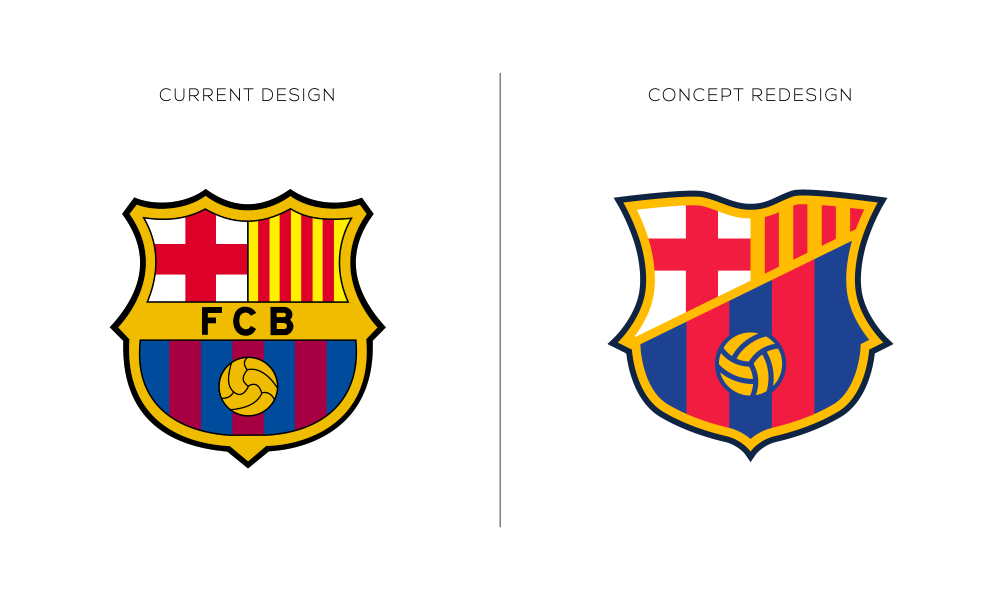 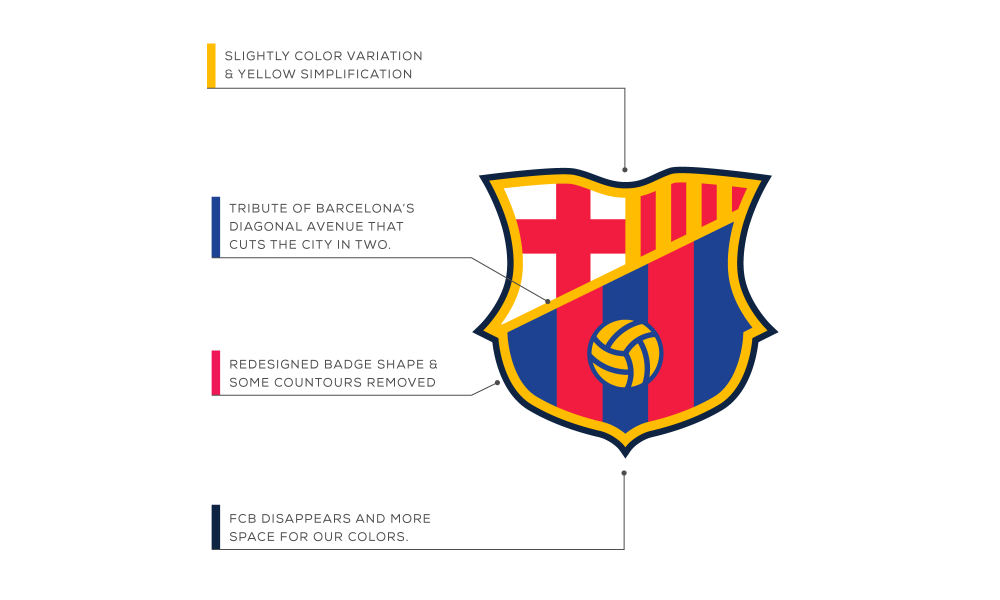 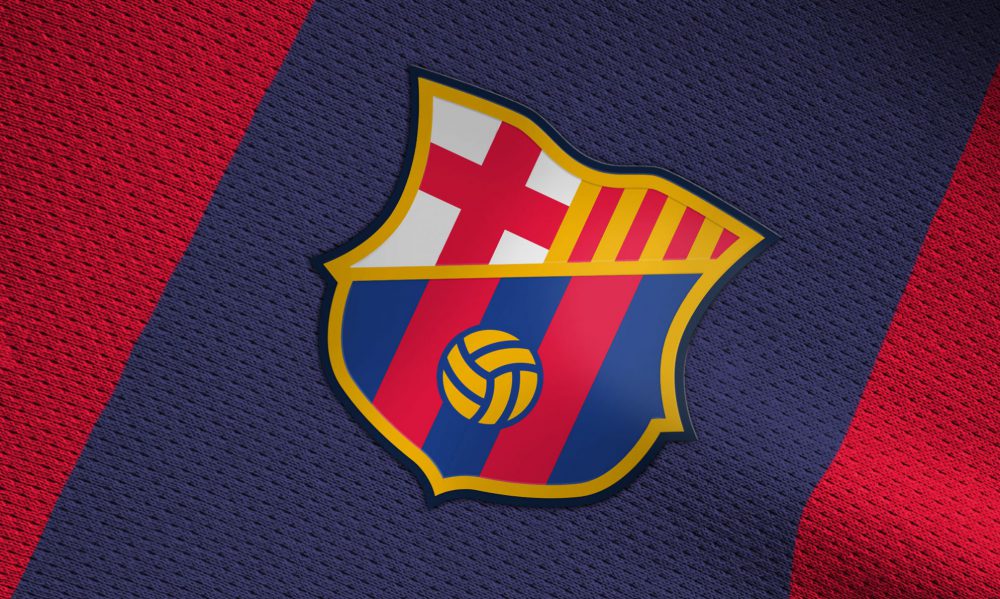 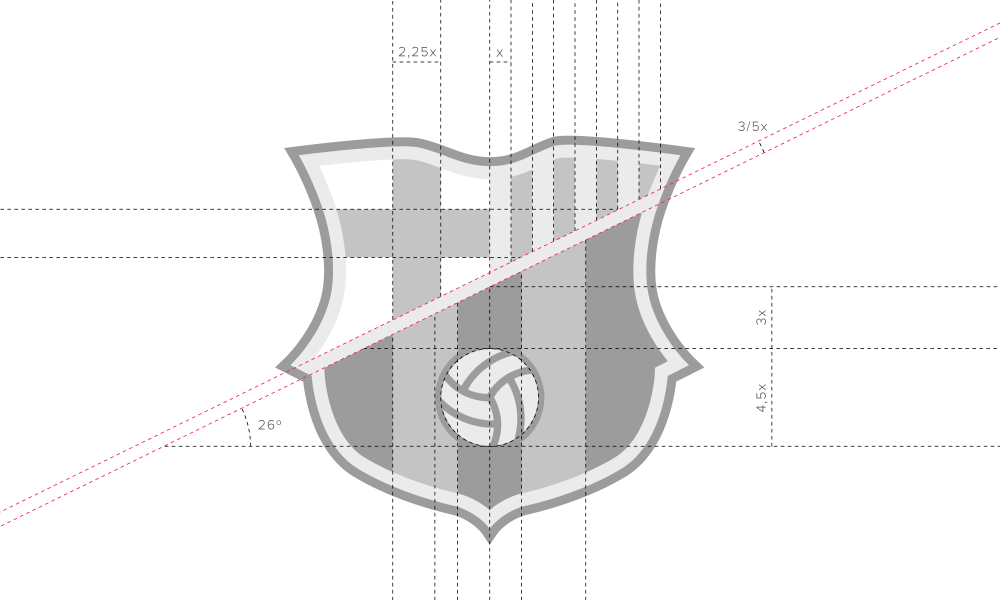 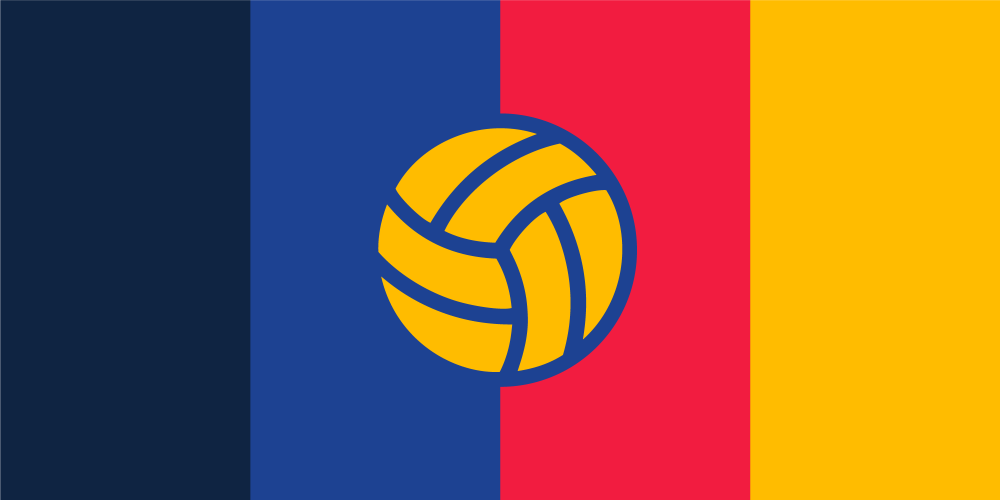 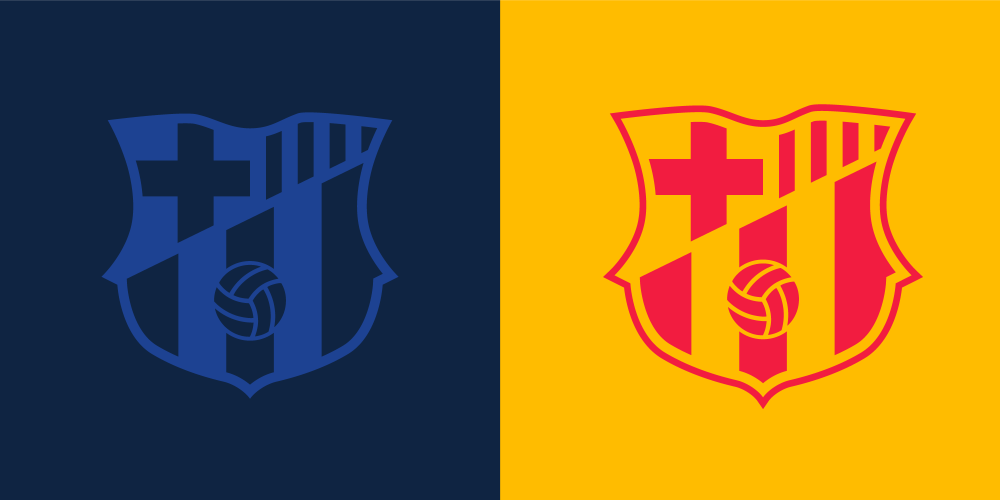 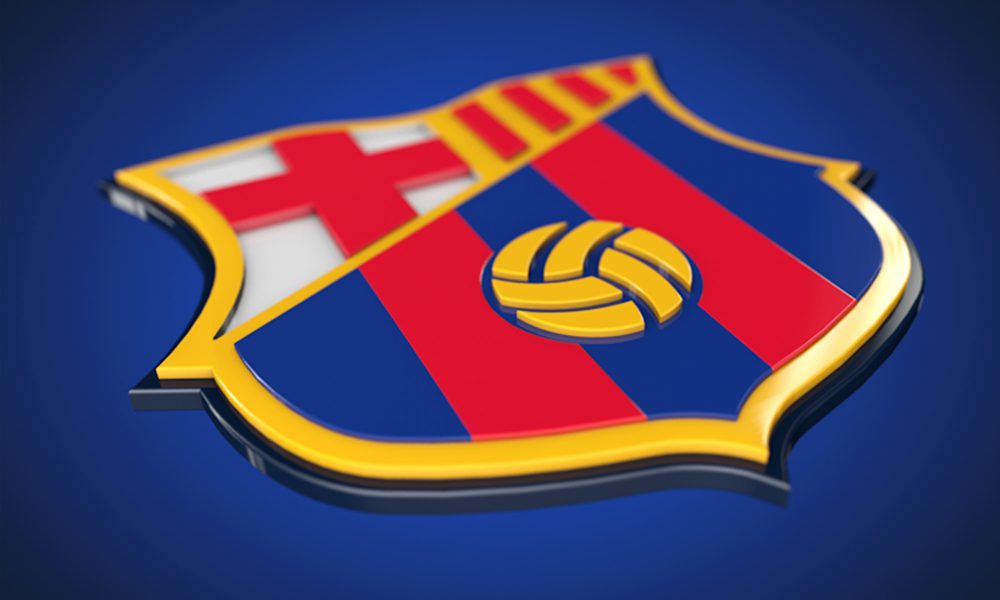 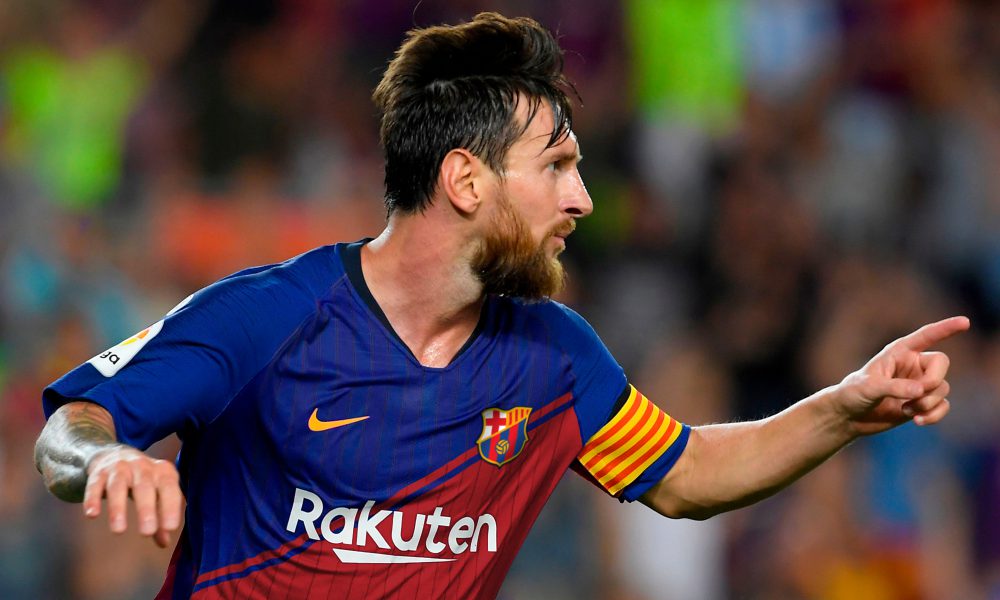 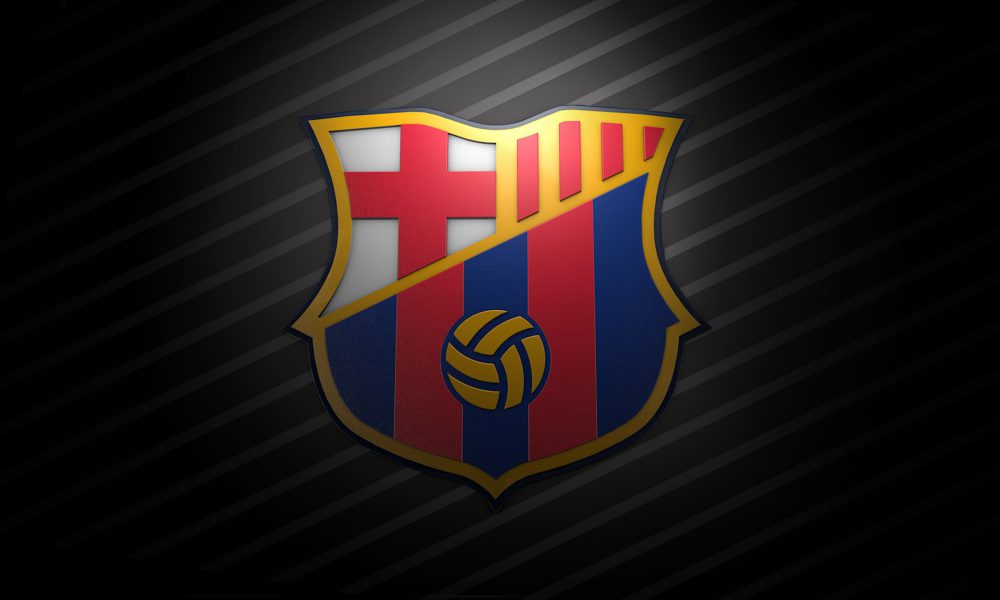